"I am a multi skilled artist, who creates metarealism paintings and music in my own style.

My philosophical and spiritual inspiration is always shining through these original artworks."

This is the official homepage of Artist Peter Whiterose. 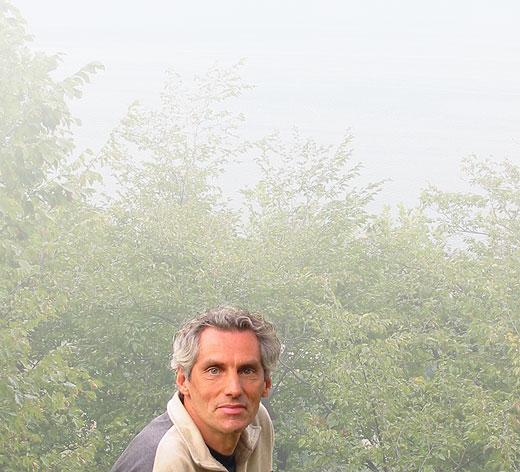 As a self made artist, Peter Whiterose creates music in a rather intuitive way. He plays electric and acoustic guitars. But you could have found him a few times performing on bass guitar or keyboard also. Peter composes music on guitar and keyboard and records on the Mac. Additional recordings, mixing and mastering are done in external studios, like Chain Gang studios, Ekzakt studios, Nightingale studios, Sonare studios, Swan studios. He learned himself playing guitar and composing music mostly by practicing and refining the skills.

Whether you're a professional performing artist, A&R, manager, film director, web designer or else and you need a hit song, a tune for a TV series or a film score, background music for a website or anything else that sounds great and original, contact Peter's management via our contact link at the bottom.

The songs are available in almost any digital shop worldwide.

A selection of the Artworks 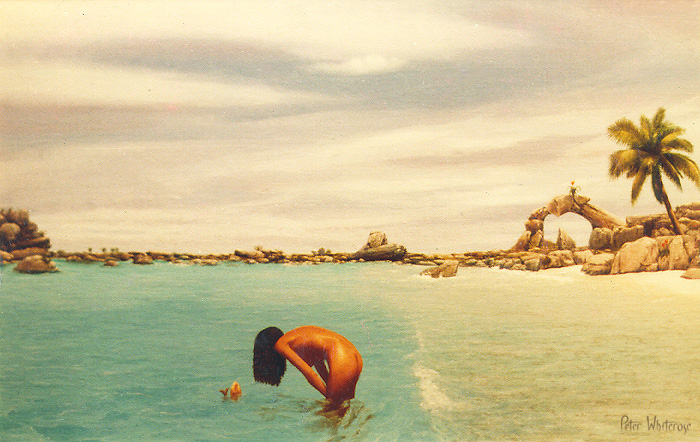 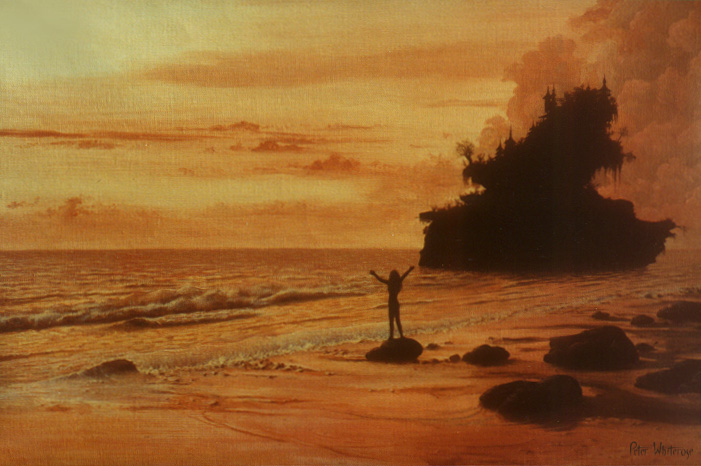 Welcome To The Light 🏛 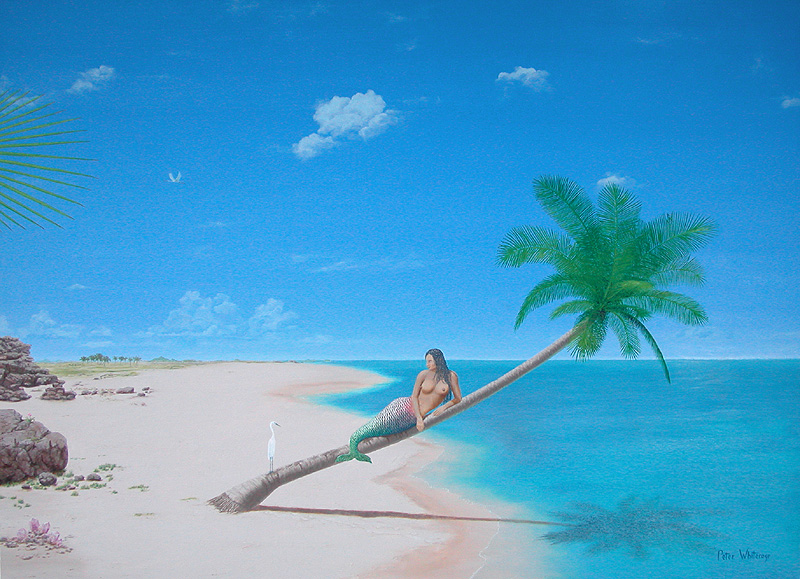 Out Of The Blue 💳 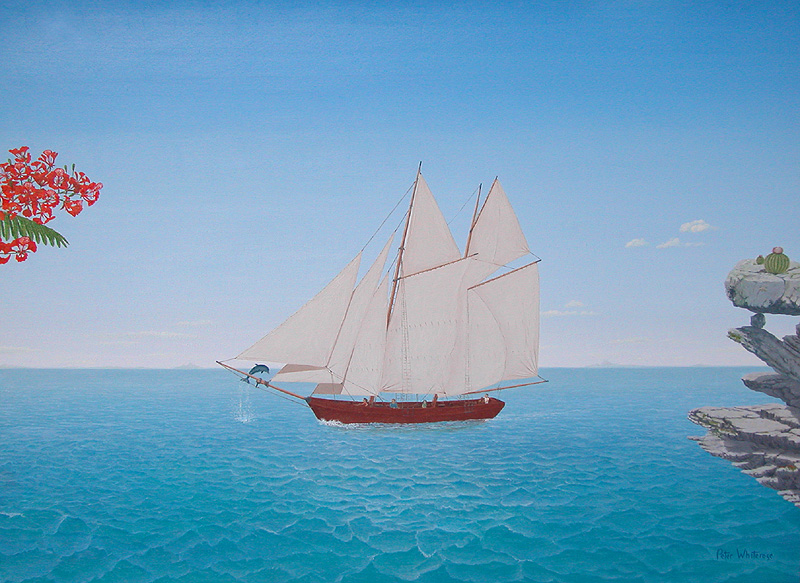 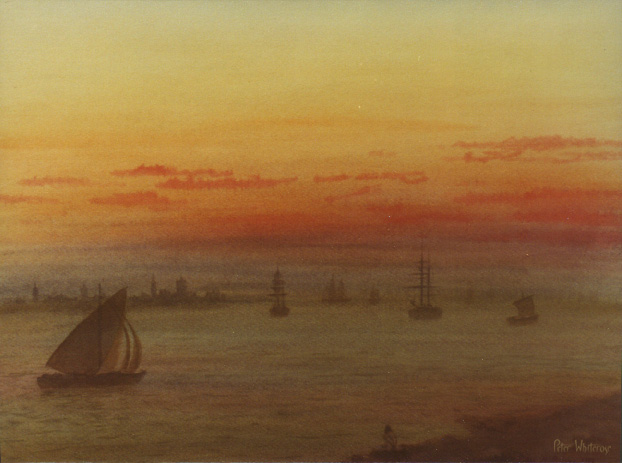 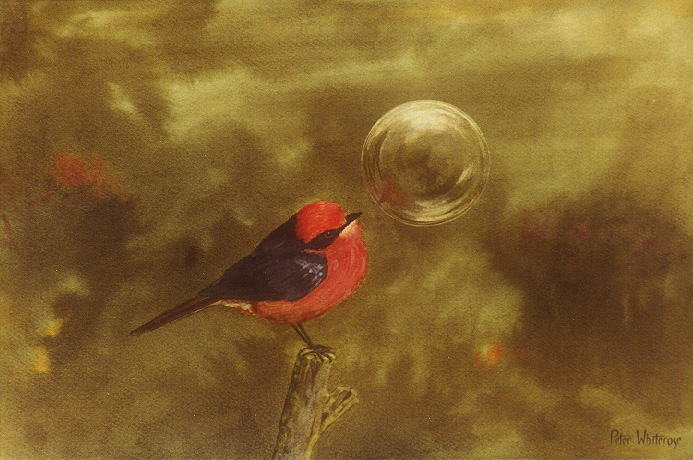 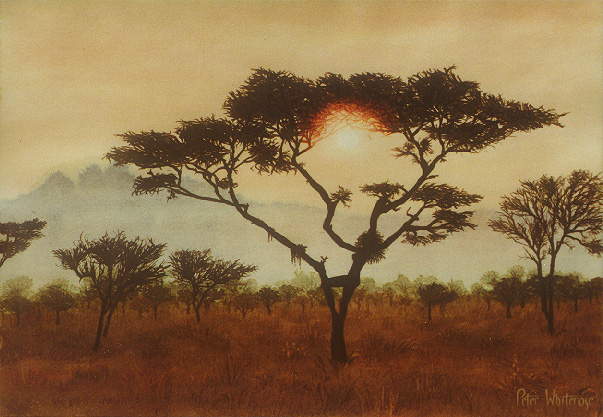 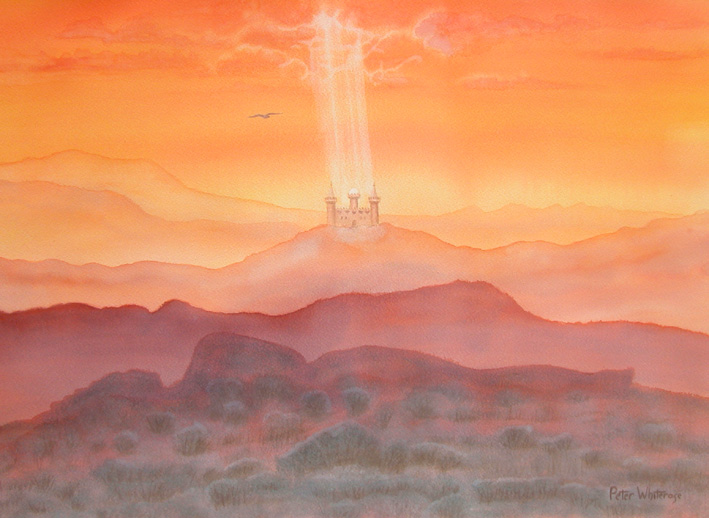 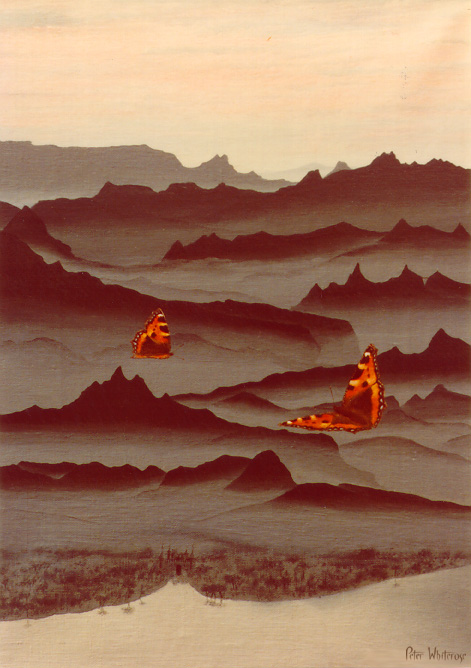 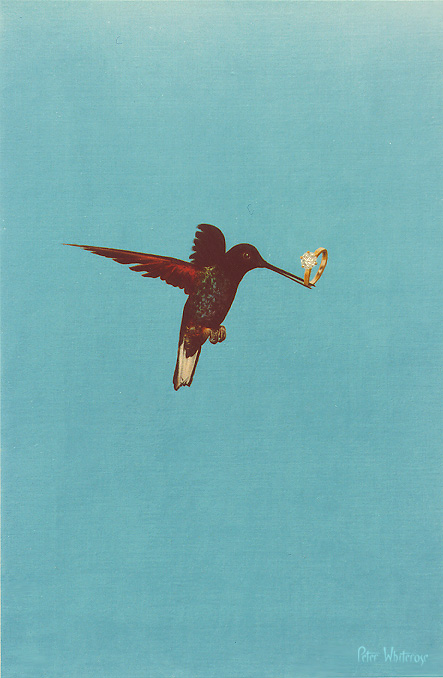 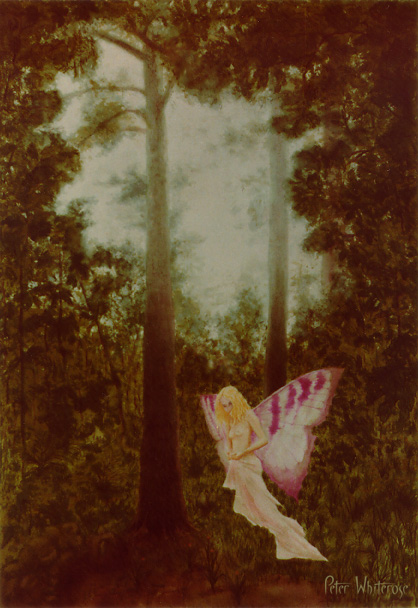 Elf In The Woods 🏛 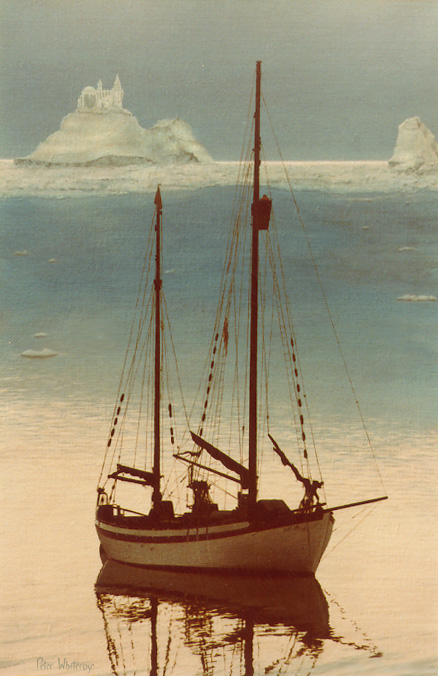 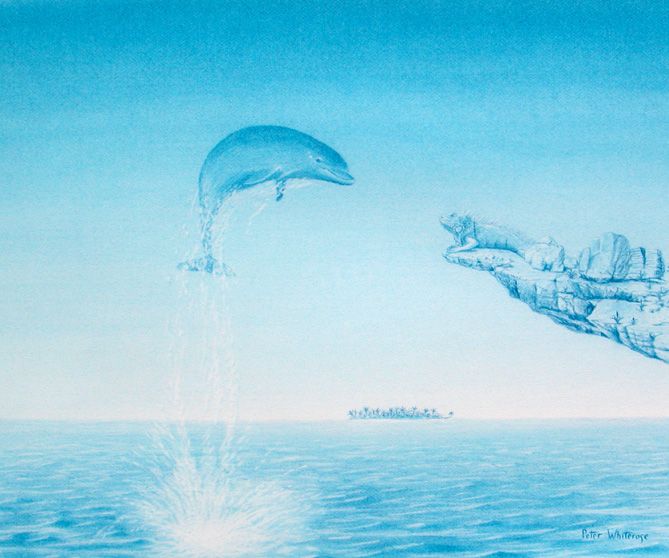 Sea To Land To Sea 💳 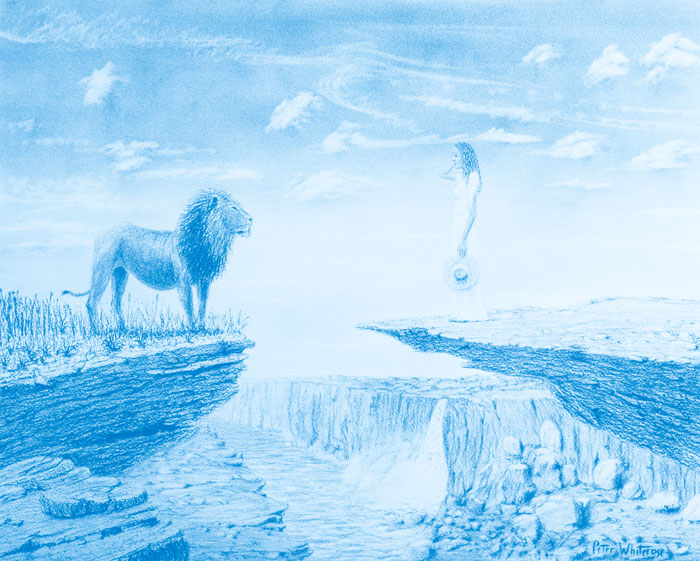 Return Of The Sphinx 💳 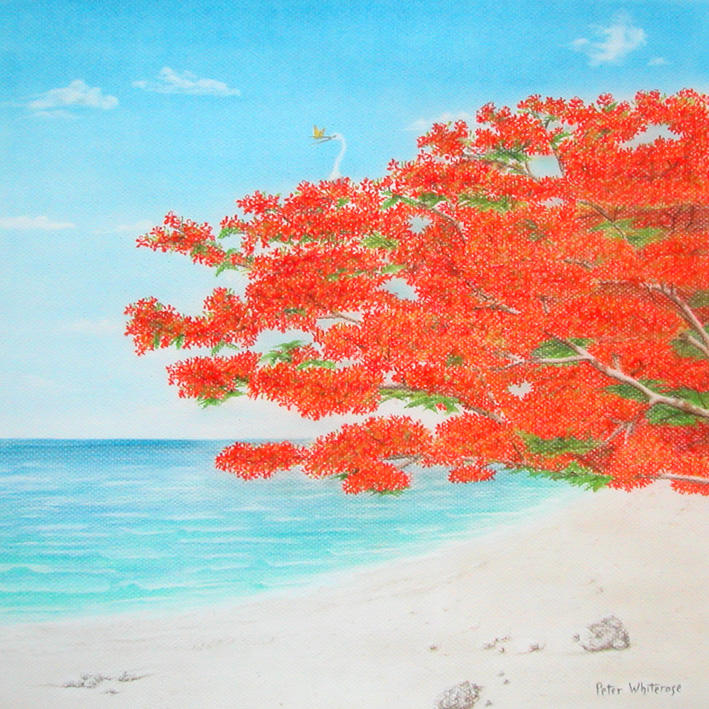 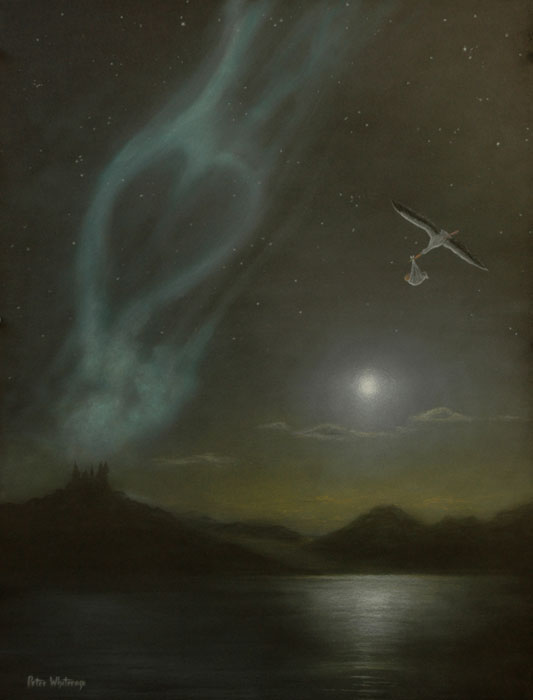 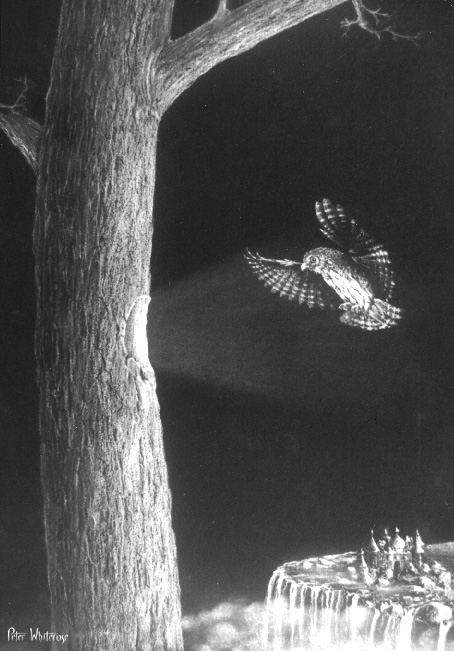 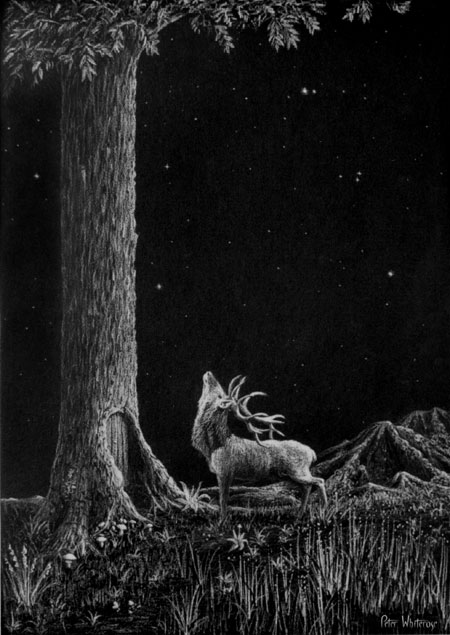 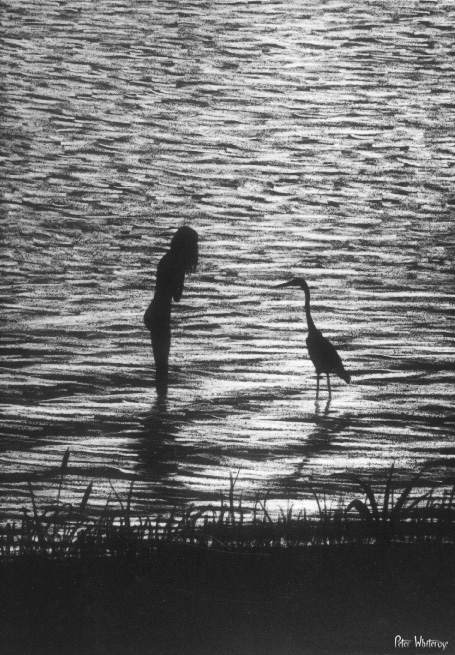 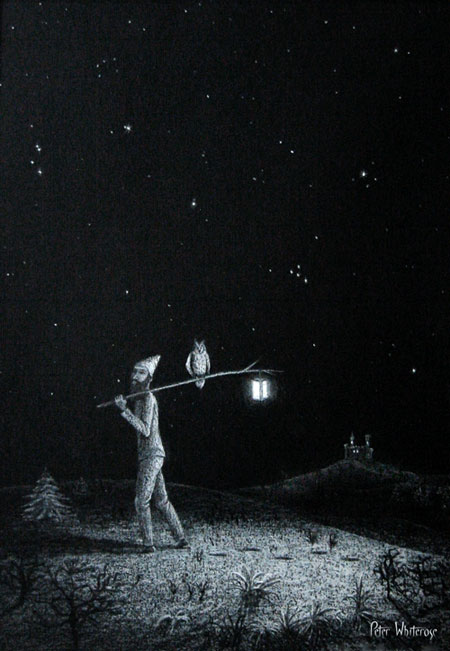 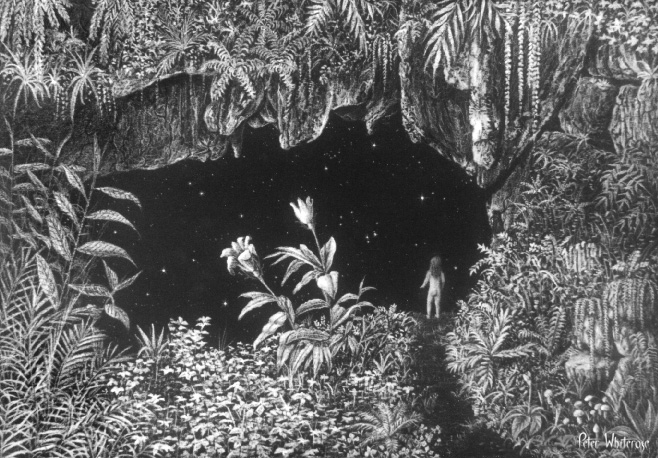 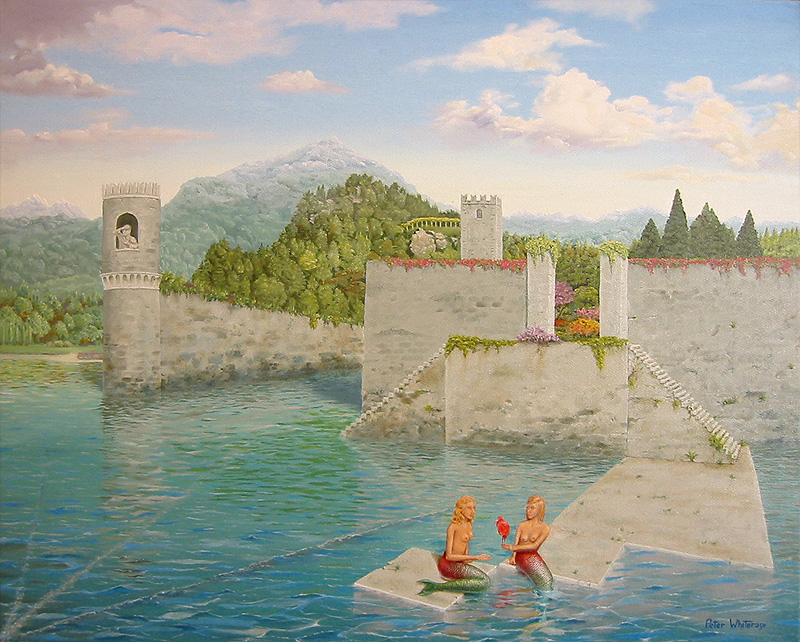 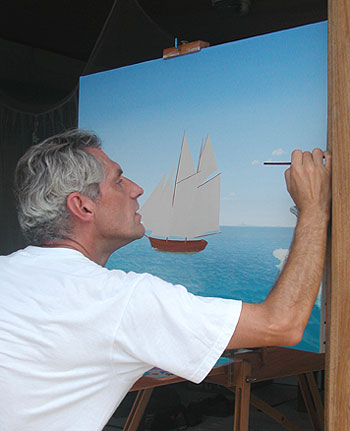 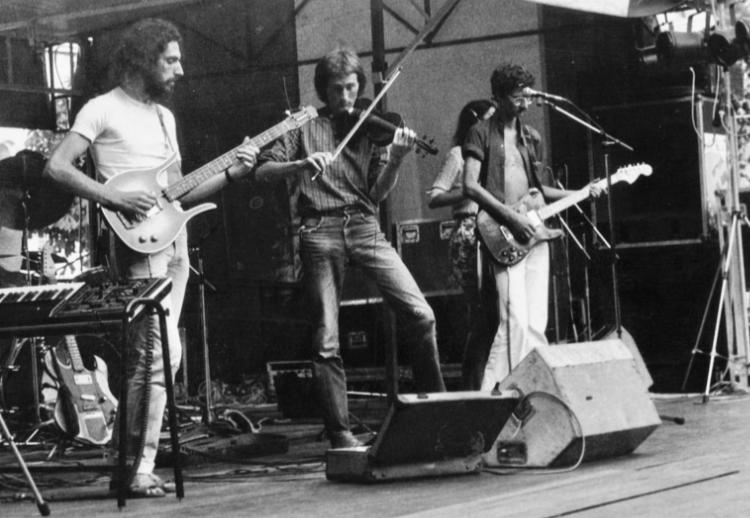 Peter Whiterose is an artist who has been creating artwork for many years. He adores beauty and harmony in everything, thus working a lot with the golden proportion. As an artist with a holistic vision, he's interested in the spiritual possibilities of the human mind and in nature, natural health, inventions, all kinds of creativity. So was Leonardo Da Vinci ...
He doesn't believe in the idea of nationalities, nor in the good from organised religions. Both seem to divide people and prevent world peace. Peter thinks they will eventually disappear from this planet, leaving a peace that is based on inner consciousness instead of outer belief. He considers himself a world citizen or even a universe citizen. Whiterose has always combined two artistic disciplines in his life: visual art and music.

Music in the genes

Peter also composes songs for others. The styles vary from ear catching pop to classics, including rock, reggae, lounge, acid jazz, smooth jazz, nu jazz, new age, film music, web music, contemporary dance projects, etc.
If you are looking for any music for your project, click the contact link at the bottom and ask.

In his music, the natural harmony of notes and sounds takes an important place as well.
"Birds never sing false, do they?" says Peter Whiterose.

"Music is the language that uses common vibrations which are present in all humans and other living beings. Let's enjoy that possibility and concentrate on what unifies, rather than what separates us."

His mother was a fashion designer. Over the years his artwork has reached the world and touched the hearts of many people. With a realistic technique, he presents an intuitively experienced dimension, inspired by nature scenery, with a dominance of aesthetics. To Whiterose the art of painting is the art of observing and understanding. And much more of course, like inspiration, vision, ...The futility of humans in the immense cosmos, the esoteric aspect of everyday subjects, the contrast and tension between light and darkness, yin & yang and the awareness of wonder in nature, those elements are visualised as intensively as possible. He developed several unique techniques of his own, resulting into a personal and recognisable style. In his fine art works, the intelligence within every living being is often lifted above the presumed level. This creates a poetic, meta-realistic world, admired by a big audience during various exhibitions. The harmony of colours is considered of high importance and according to Whiterose, in their natural coherence they 're always eye-delighting. Conscious of the materialising power of thoughts, he creates harmonic art that is in strong contrast with the flood of destructive ideas, images and information that is projected on us by people and society, every day. Some call Whiterose's artworks magic realism, or meta realism. Some consider this as classical art, others say it's more contemporary art. Someone even called it "painted synchronicity". It's just timeless. That's one more reason Whiterose's paintings are steady art investments with increasing value. If you are interested in buying, dealing or exhibiting Whiterose Art, just click the contact button in the menu. Even so for licensing pictures to use for posters, post cards, calendars, other print works, tiles, websites, brochures, leaflets, book covers, CD covers, DVD covers and booklets, etc.

After so many nice emails that I got from a lot of people, it was time for a guestbook. New messages come on top. Thanks!

So many heartfelt thoughts came to mind when I read what you have touched.  Your style is a finger-print in my heart.
Vernita "Bosco" from Alpharetta, Ga.
Your new single is wonderful. I love the music and also the video. Congratulations!
Annemie from Antwerp
I am lost for words!!! Truly amazing work....Thankyou for sharing your gift!!!!
Luna Salada from the UK
Thank you so much for creating such beauty, and allowing people to use it freely to express their love and light. I posted a link to your wonderful page on Humancafe.com forums (philosophy/science discussions - archived) so others can find it too.
www.humancafe.com/discus/messages/1177/2318.html#POST5463
What a wonderful creation is your work. Kudos!!
Art is Life. All the best,
Ivan Alxander, California
In gratitute for sharing such lovely art work and accompanying words, we need more people like you to illuminate others lives.
Janet Ogle from Hillsdale, Sydney Austalia
Thank you for sharing your heart through the artistry you've shown here.
Susan T Winters from Tampa, Florida USA
Your work is fantastic, really enjoyed your site.
Thanks
J. Hicks from Yuba California
Thank you Peter for the wonderful e-cards and your music is a delight to play in the background when I am trying to work, Thank you
Jan Donoghue from Melbourne Australia
Fantastic art, poetry and music! Keep it moving always. All these seperately and combined are essential for the spirit and soul, for life!
Thank you from my core.
Lulu from Long Island, New York
Hi, Peter
These are the most beautiful ecards. I love them and so do my friends to whom they have been sent. Thank you.
Susan from Australia
Your work is of music to my inner soul, may you find peace in chanting world...
Merry Christmas!
Best Wishes,
Anita Bennett from Staunton, VA 24401, USA Peter,
Thank you for the enchanting artwork and website. Each piece, music and message brought tears to my eyes.
Ayse Tobey from Oahu, Hawaii Peter....
....what an amazingly beautiful website! The artwork, text and music touched my heart and soul. I love every single option!
Thank you from my heart!
Cyganka from Wisconsin, USA Peter,
I found your site while looking for unique cards. I had looked for quite some time and when I found your site I was enthralled. It was exactly what I was looking for. You are incredibly talented- magical, mystical visions with words that go right to the heart. I love that you are not "overly wordy". Perfect.
Thank you so much.
Julie I love this site! Thank you Peter, it is truly GIFT for the soul! The words are not enough to express that the cards and music also touch our souls and feelings ... congratulations ... Peter,
I am simply blown away by your artwork, your heart...so clean, so clear. so stunning really...
I happened upon you by accident (no coincidences) this is all just so lovely!
Thank you! I love the bird card. It was perfect card for me to send to a friend. Keep this website going. I love the spiritual vision behind it. Beautiful beautiful ecards. Thank you! Reveal the Light art card touched me very deeply! It is so beautiful and your choice of music is perfect. thank you so much! I sent it to 10 of my family and friends as a Christmas card. Hi,
I was just poking around online looking for examples of magical realism in art to show my Composition students and stumbled across your site. Just wanted to tell you how beautiful your paintings are! I really enjoyed looking at them. This is a beautiful media and expression I have ever seen.
You are a truly blessed artist.
Keep it flowing.

All copyrights by Peter Whiterose 2002- 2020 .© Copying of pictures and/or music files or use for any purpose without written permission is strictly prohibited, unless clearly mentioned on this website. All works of Peter Whiterose are registered and protected by international copyright laws. Thank you  for respecting the work.